The Ending by Jim Scott

The Ending...a poem by Jim Scott


In passions of beginning, accelerating thought,
Our dreams of love were spinning the webs in which were caught
The hopes that should have born us on toward the life that now is gone.
The life that never was, nor could have been.
It died before conception.  Before it witnessed light.
Devoid of loves affection in solitary night
The quiet words we tried to speak of what it was we’d strive to seek
Were never heard, and tears were never seen.

Our lives were lived in lying.  Hiding what was true.
Consciences denying, everything we knew
Of all the years that lay behind, with scarce a smile that we could find.
With scarce a word that we might try again.
And knowing it was ending we turned upon the past
Exhausted from pretending that we might make it last.
We turned upon the dreams we dreamed with hatred for their lies which seemed
To magnify our anger and our pain.

So now as we’re departing from what our dreams became.
Alone, are we restarting, or merely just the same?
Though traveling now by different ways through different lives, the future stays
A product of the differences we shared.
We’ll walk in two directions, impossible to cross.
We’ll bear our own reflections of compromise and loss.
And given up we can’t look back to where we left the severed track,
Nor where we joined …........ to see how much we cared…........
…...... When passions of beginning, accelerated thought,
When dreams of love were spinning the webs in which were caught
The hopes that should have born us on …….
…….  toward the life that now is gone.

Jim Scott was raised in Old Shoreham in the south of England and since leaving school as soon as he was able has travelled pretty much the rest of his life covering "five continents and three oceans" (the title of his first book). Merchant navy apprentice in India, attacked by a rattle snake on the Inca trail, farming during African insurgent war, shipwrecked in Portugal, surfing in Morocco, making dream catchers with a Mohawk shaman in Canada, battling Caribbean hurricanes, coordinating maritime search and rescue missions, commercial diving in the Mediterranean; his numerous real life adventures have inspired the dozens of true stories and scores of lyrical "songs and verses" (his third book's title) he has written. Now at 60, having raised three great kids, for several years as a single dad, he melds the unique experiences of an incredible life with a passion for writing and is soon to publish book 2 to complete the "Wanderings and Sojourns" trilogy (published out of sequence .... a little like his wayward life has been) "On Tropical Islands and Sparkling Seas". 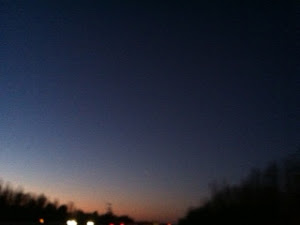 Michael
A man on fire.